Want to stay up to date on Fornjot? Then consider subscribing to the newsletter using the form at the bottom of this page.

Fornjot is an early-stage project to create a next-generation, code-first CAD application. In this progress report I present the changes that happened over the last few months. This is a new format on this blog, and it replaces the old release announcements that I used to write. This progress report summarizes the changes that happened since the release of Fornjot 0.7. (We have since switched to a weekly release schedule, and the new weekly release announcements have, by necessity, a very different format.)

It's still early days for Fornjot! It is limited and immature. What's currently there should be seen as a preview of what's to come, not yet as a useful tool.

Let's start with the core of what any CAD program is about: modeling! Fornjot is code-first, meaning CAD models are defined using a programming language. Currently, only Rust is supported for that.

This example displays two tweaks that have been made since version 0.7:

Here's the 3D model that the above code creates: 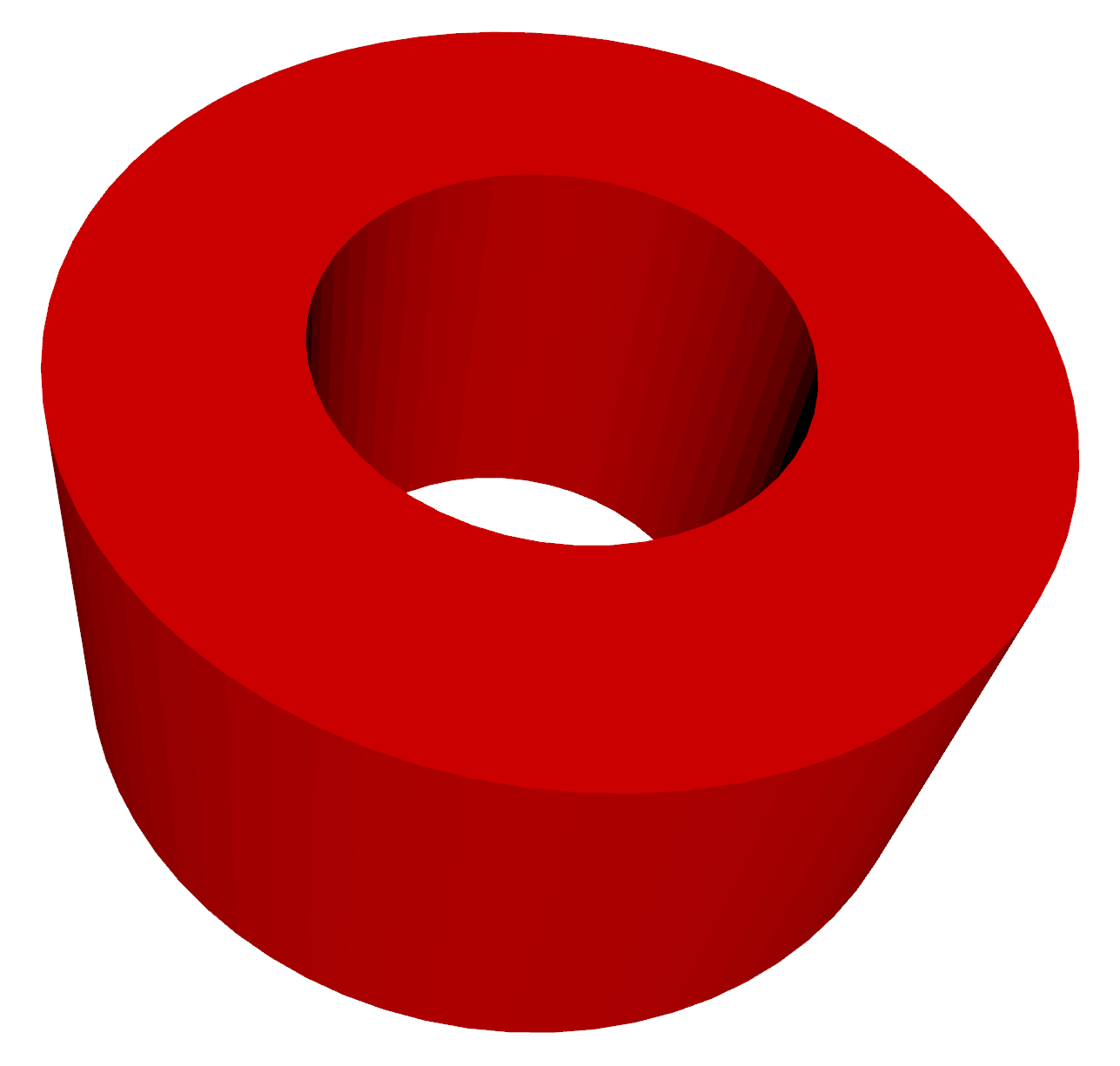 There have also been other improvements related to modeling:

Fornjot's GUI (graphical user interface) has made big strides! In version 0.7 (the last version that I published a progress report kinda like this for, see above), we only had an extremely basic GUI that didn't allow you to do a whole lot. Since then, we have integrated a new GUI based on egui (originally by @follower, with many follow-up improvements by @devanlooches, @connor-lennox, @erenoku, and others). 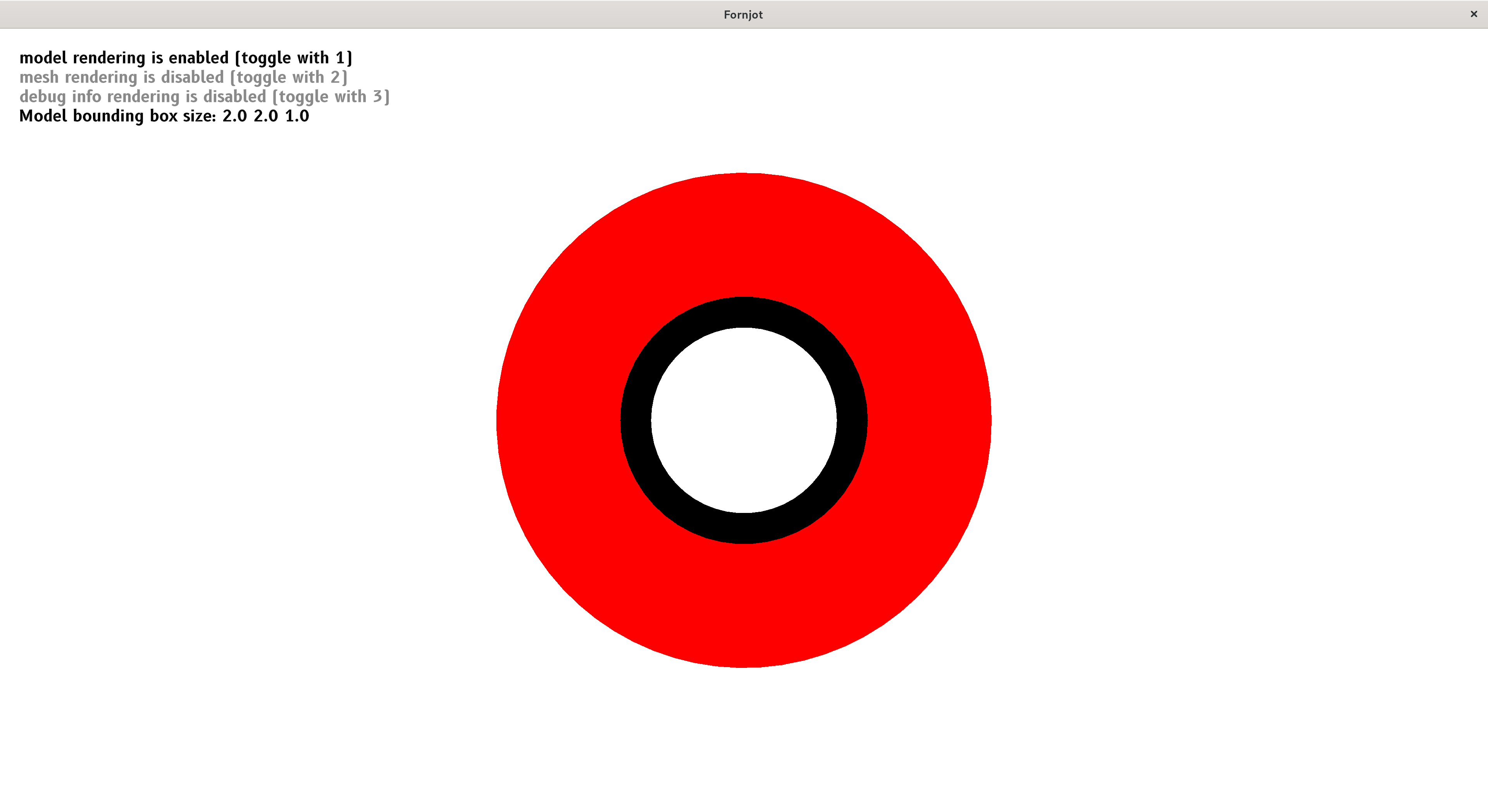 And this is what the GUI looks like right now (development version, shortly after version 0.22.0):

You can now start the app without any arguments or configuration that specify a model, and you'll be prompted to select one (contributed by @erenoku): 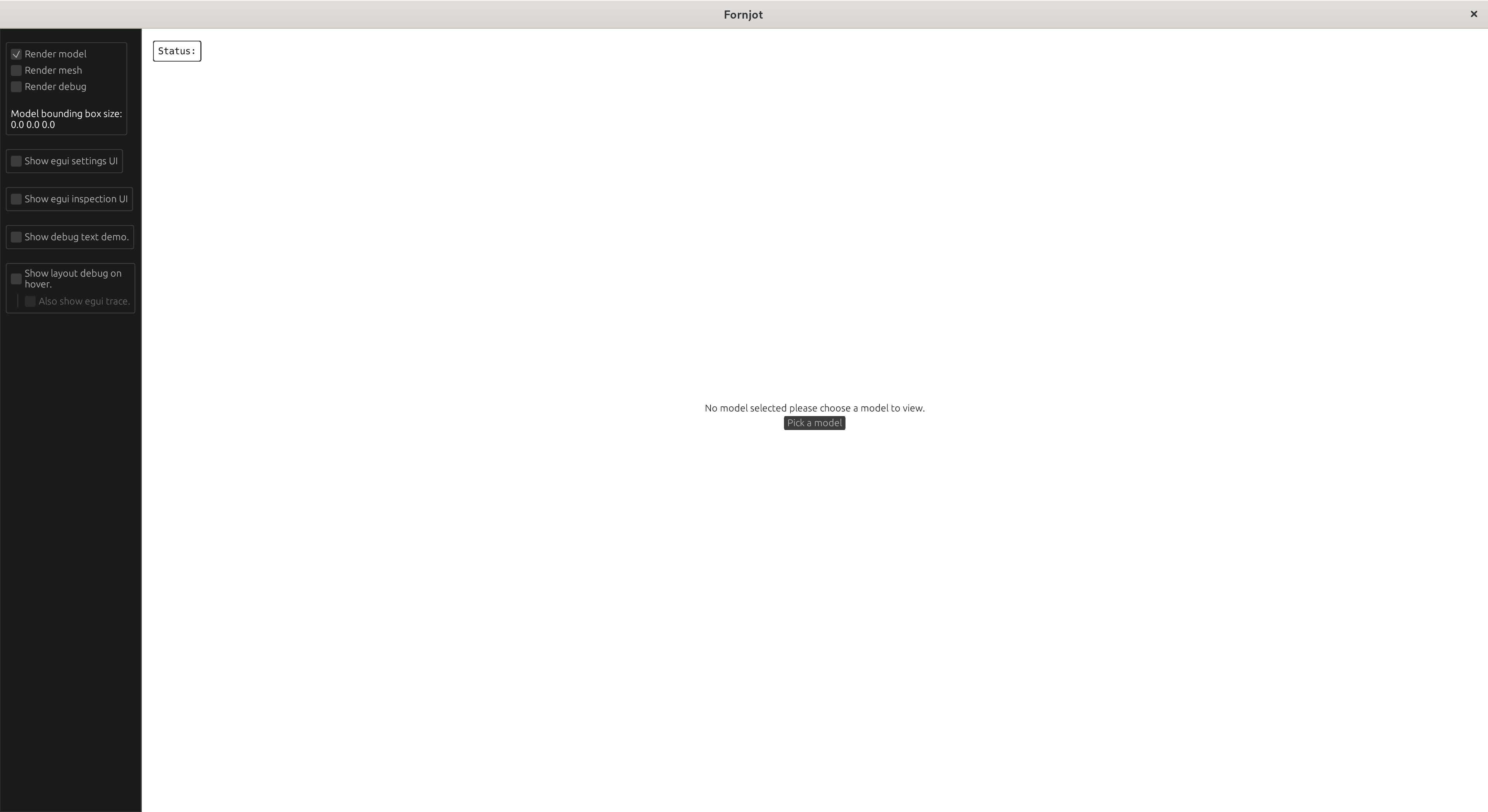 Fornjot still has some ways to go before it provides a truly user-friendly experience, but we're slowly getting there.

Despite all the improvements mentioned above, most work by far has gone into technical foundations that don't (yet) have a big impact on the user experience. The primary focus remains the implementation of boolean operations, which is an essential feature that will help raise Fornjot from its current preview state to a level of basic usefulness.

Unfortunately there's more to it than implementing a few algorithms. To make implementing those algorithms practical, and the results of these algorithms reliable, the data structures of the CAD kernel need to be at a certain level of robustness and maturity.

The whole process of working on boolean operations has been defined by a long series of bugs and limitations being discovered, each requiring changes to the data structures to fix them properly. When that happens, the code that generates and manipulates those data structures is affected, often requiring deep architectural changes.

We're still figuring out how to structure a robust CAD kernel. It's a slow process, but things are moving in the right direction.

Another notable improvement is the new API that is used to communicate between the Fornjot app and the models it loads (contributed by @Michael-F-Bryan). This will enable many useful features in the future, like being able to manipulate model parameters from the GUI; or models that export multiple shapes, assemblies, and other kinds of artifacts.

Fornjot is making slow but steady forward progress on its way from what is essentially a preview, to a basic but useful, and eventually a fully productive, CAD application.

Citing from the home page, the goal of this project is to create a CAD application that:

If this vision resonates with you, please consider supporting the project. Join the community, contribute to the project, or help out by sponsoring me.